From Jackson to Obama: Political Treasures on Display

Ralph String started collecting political memorabilia when he was eight years old. His parents brought him home a few Alf Landon buttons from the last national political convention in Cleveland: the 1936 Republican National Convention held at the Public Auditorium. Nine hundred items and 41 years later, he donated The Cleveland City Club Collection, which includes at least one item from every presidential election since 1828.

The collection now sits in six display cases lining a hallway inside The City Club of Cleveland. It’s at the heart of the city, just off the corner of Euclid and East 9th, on the second floor of the City Club Building. It includes campaign buttons, coins, brooches, ribbons, songbooks, cigarette packs, ferrotypes (iron plates with a picture of the candidate enclosed), and jugates (items with the pictures of both the presidential and vice presidential candidates).

There are distinctive floral buttons created for the 1936 Landon-Knox campaign in Kansas: portraits of the two GOP hopefuls encircled in sunflowers. There is a 1932 button for Franklin Roosevelt depicting a Democratic donkey kicking a Republican elephant with its hind legs; it reads, “Kick out depression with a Democratic vote.” Another 1932 FDR button is attached to a miniature hand broom; FDR was apparently “sweeping the depression out.” A classic effort for Barry Goldwater in 1964 appealed to the scientifically literate; it reads, simply, AuH2O. 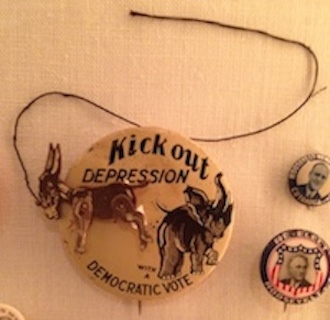 Though String’s collection began in his childhood, his interest was piqued in the early 1960s, when his wife, Barbara, asked him to take their three young sons out of the house so that she could have some time to herself. He decided to bring them to a coin show, where he noticed that the vendors were also selling political items. Soon thereafter, he made accumulating campaign articles a hobby because “there was this whole new market developing and I wanted to be a part of it.”

String’s favorite parts of the hobby were the “horse-trading” of items that took place between collectors and developing relationships with people whom he otherwise would never have met. Many of these relationships were initiated through the American Political Items Collectors, which he joined in 1965. String said the hobby was constantly on his mind over the years, as he spent afternoons at flea markets and antique shops and a great deal of time at home bidding on collectibles in mail auctions.

String was born in 1927 and is a lifelong Clevelander. He began attending Saturday City Club forums with his father during his senior year (1945) at James Ford Rhodes High School in Old Brooklyn. That same year, String enlisted in the Marine Corps. He was allowed to graduate before beginning training, and avoided invading Japan when the United States bombed Hiroshima and Nagasaki. The G.I. Bill paid for him to enroll in Kenyon College. 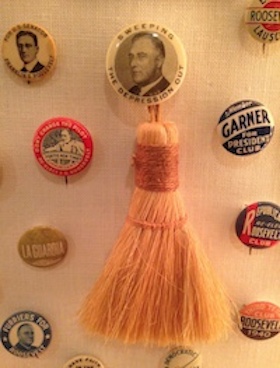 String started working on Wall Street in 1952. Eight years later, he and four partners founded Murch and Company, a firm that traded at the New York Stock Exchange. In 1962, he wrote and published The Stock Market Made Easier, which chronicled his experience in the investment business in terms that ordinary people could understand. Every 10 years he added new knowledge to the book.

String said his collection was appraised at $100,000 to $150,000 when he donated it to The City Club. He chose to do this in 1977 because he had sufficient free time to prepare it as his sons were all in college and he wanted to put the tax deduction toward their tuition. Before then, String kept the collection in a room in his house in Pepper Pike.

According to City Club Content Director Gary Musselman, The City Club contracted professionals to design the current display cases in order to minimize the items’ long-term deterioration when the building was remodeled in 2001. “There was a great deal of effort to make sure we were using the proper materials so that it wouldn’t give off gases or absorb moisture or that sort of thing,” he said.

The oldest item in the collection is an Andrew Jackson coin from the 1828 election, when campaign material was first distributed to the public. The collection also displays Cleveland and Ohio campaign items, including a button for former Cleveland mayor Carl Stokes, who became the first African American mayor of a major U.S. city in 1968. 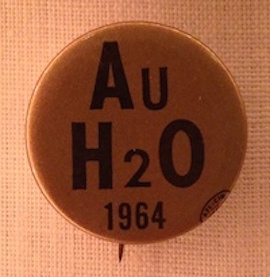 String and other City Club members have donated items to the collection since 1977; it has buttons as recent as the 2008 presidential election. However, String, 86 years old, doesn’t plan to add any more articles to the collection.

String originally said he has no one favorite item in the collection, but that he would have a different favorite for each of the three guidelines he used for collecting: beauty, significance, and rarity. When asked in a follow up interview what those three favorites would be, String changed his mind and said he couldn’t narrow it down. He is extremely proud of his project. “I estimate there are 10 or fewer collections in the U.S. of similar size on permanent display,” String said.

Musselman estimates that between 20,000 and 30,000 people have looked at the collection since 2001, including other collectors who visited The City Club solely for that purpose. “It’s reputed to be one of the best collections on public display anywhere. There are things in there that aren’t on display anywhere else,” he said.

How did String decide that The City Club was the best place for his “favorite conversation piece”? He responded with his own question: “What institution represents all the values of the whole political system better than The City Club?” 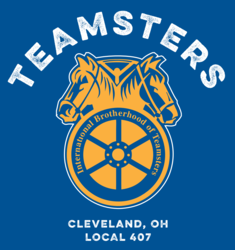