Cleveland Teens Add Their Voices To Conversation On Racism, Injustice

Shakyra Diaz, policy manager for the ACLU of Ohio, asked everyone in a crowded meeting hall who knew someone with a criminal conviction to raise a hand.  Almost every person – mostly youth – lifted an arm overhead.

This was a respectable crowd – a City Club of Cleveland forum – and the arms aloft were eloquent. “The land of the free cannot be the land of the lock down,” Diaz said, and a junior at Gilmour Academy jotted the sentence in pencil on her program.

The note-taking at “A Conversation on Race” at the City Club youth forum was no accident. The urgency ofpolice killings in Ferguson, Staten Island and Cleveland had drawn a crowd. Panelist and poet Basheer Jones challenged the hundreds of high school and college students assembled: “There is more we can do. Come prepared to write things down.  You won’t remember everything said today. Teachers, have their students bring their weaponry. An African proverb says: ‘Do not build your shield on the battlefield.’”

Diaz and Jones were joined at the front of the room by Jonathan Gordon, a law professor at Case Western Reserve University, and Andres Gonzalez, police chief of the Cuyahoga Metropolitan Housing Authority.

“Cops, we don’t always get it right,” said Gonzales, the first Hispanic chief of police in the Northeast Ohio County. “That’s true….A police department is only as strong as the community allows it to be. When the community loses faith in the department that is almost the beginning of the end.”

Diaz zeroed in on system inequity: Cleveland is the fifth most segregated city in the United States; Ohio is sixth in its incarceration rate; fourth for incarcerating women. “This country is number one in the world for incarcerating adults and children,” she said.

Gordon brought forward Michelle Alexander’s groundbreaking book, “The New Jim Crow,” which examines a system that has now put more African Americans behind bars than there were slaves in 1850 before the Civil War. Jones stressed that the students in Collinwood and Glenville High Schools struggle in dilapidated buildings while the new juvenile detention center gleams like a “Taj Mahal.”

Metal detectors in schools condition students for prison, Diaz said, and schools that lack soap and toilet paper telegraph a lack of worth. All this connects, she said, to the Black Lives Matter movement.

When one student asked how to respond to those who claim they don’t see color, Diaz replied curtly: “That’s a lie. If you can see, you see color. What we shouldn’t do and cannot do is deny human dignity.”  Echoing Ta’Nehisi Coates, who spoke at the City Club in August, Jones said, “The worst part about racism is that it creates self-hatred; some look in the mirror and don’t like what they see.”

Jones challenged the students to make sure their younger brothers knew more about the ABCs than Waka Flocka lyrics, more math than Usher. He stressed the importance of allies, noting that among the 30 Clevelanders he organized to go to Ferguson were Jews and Hispanics while “there are people in your community who look just like you who are working toward the destruction of it.”

Gordon underscored the importance of action, starting with the reformation of the Cleveland police department. He pointed to the good work of Facing History and Ourselves and the students at Shaker Heights High School who have battled racism. AutumnLily Faithwalker of Laurel School said she wished the panel, while strong, had focused more acutely on what exactly could be done.

Little is more urgent, Jones said. “If not addressed, these issues we are dealing with right now will be the downfall of our country.” 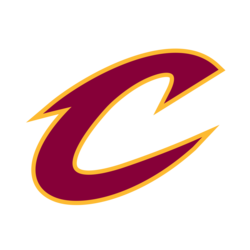