Who Is Judging You?

There is no single elected official who could affect your life more directly than a judge. Judges decide custody disputes and will contests.  A judge decides whether a child’s misconduct is delinquency, and whether to send the child for social services or to detention.  Judges decide whether claims for breach of contract or personal or property injury should go to trial or be summarily dismissed. Once a jury issues its verdict in a civil case, a judge decides whether to enter judgment, reduce the verdict, or order a new trial.  Judges decide whether a person charged with crime will be released pending trial, and whether someone convicted of crime will be imprisoned, and for how long.

Ohio gives voters the right to choose their judges, but many people don’t use their right to choose these important officials.  A recent survey by the University of Akron’s Bliss Institute of Applied Politics reported that only half of Ohio voters regularly vote for judges. Two thirds of those asked why they don’t vote for judges said they don’t have enough information about the candidates.  The many candidates and issues on a ballot and limitations on judges’ campaigning make it hard for voters to assess whether the candidates on their ballot have the professional experience, integrity, work ethic, temperament, and community understanding to be good judges.

The Bliss Institute survey also reported that a majority of registered voters responding expressed concern about the quality of candidates for judicial office. There is good reason for voters to be concerned, since any lawyer admitted to practice in Ohio, who is a registered voter and has “practiced law” for just six years can be elected to any judicial office in the state—even the Supreme Court!  A candidate need not have ever represented a client, or worked in the court for which he or she is seeking office.

A group of local bar associations, and the Chief Justice of the Ohio Supreme Court are working to help voters be more effective in choosing judges.  Since 2002, the Judge4Yourself.com coalition jointly interviews and rates the judicial candidates in contested races, and publishes the results on its website at least 30 days before each primary and general election day.

More recently, Chief Justice Maureen O’Connor has proposed a plan to improve candidate quality and voter information by changing the timing of judicial elections, increasing the minimum qualifications for candidates, and creating an on-line state-wide voter guide. Debate about her proposals, which will require a changes in the Ohio law and constitution, has begun.

You can join that discussion on Wednesday August 12, when Chief Justice O’Connor comes to the City Club. 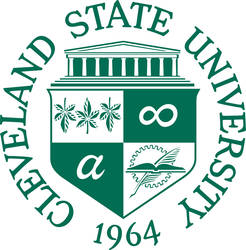