Last week Cleveland hosted a revolutionary leader who harnessed the frustration in his country and rode it to historic success. Of course, I am writing about Nigel Farage. Donald Trump may hope to change this country; Nigel Farage has already succeeded in fundamentally changing his.

Farage came to Cleveland to share with his American cousins how he led the effort to re-write the British constitution, essentially, by removing the UK from the European Union.  As leader of the UK Independence Party, along with a bloc of renegade Tories opposing their Prime Minister David Cameron, he spearheaded the “Leave” campaign in favor of Brexit. In the early hours of June 24th, the world learned that he had pulled out a surprise victory over a united political establishment—Labour and Troy—in Westminster. In London myself, I blearily headed out that morning into what seemed a stunned metropolis looking for an espresso—which I found nicely discounted given the precipitous fall of the UK pound.

In Cleveland over the past few days Farage has made the case that his Leave campaign and Donald Trump’s are spiritually linked. They are both movements of non-elites, he explained, trying to make their governments serve working people instead of the interests of global money. The international elites, whether in Westminster or Washington, seem to share more interests with one another than with their own countrymen. They make global trade deals and commit to global wars without regard to the fact that ordinary people living outside the DC beltway or London’s M25 motorway are falling further and further behind. Open economies, meanwhile, lead to open borders so that jobs and social benefits seem to flow to the undeserving while groups deemed dangerous flow into the country.

And what, Farage asked, do Brexit or Trump supporters hear from those elites for wanting to refocus their governments on their own well-being and national individuality? That they are racist and dumb.

And, indeed, what I heard on the BBC and saw in many papers around June 24th was just that. “How could the provincial voters outside London and Edinburgh do this?” Chief among theories of those in London and Edinburgh was that they had to be motivated by racism or a lack understanding. Nothing could have reinforced more for Brexit voters that the privileged in the capital didn’t care to understand their needs.

For a British historian like me it’s tough to assess how we arrived at the Farage/Trump moment and what it really means when I look at it from this superzoomed perspective. Time should allow us better explanations. But at the moment it certainly appears an international referendum on the last few decades’ predominance of global free trade (what’s sometimes called “neo-liberalism”). It seems a moment of judgment against those who promised great things from NAFTA and CAFTA and the EU/EEC but failed to deliver to working people who sometimes feel like second class citizens who can’t get ahead. For them, throwing a monkey wrench into the system by pulling out of Europe or electing a firebrand isn’t an irresponsible move: it’s an urgent act of people who’ve otherwise lost hope of influencing their government. Farage’s movement got people from all over the political spectrum to the polls who hadn’t bothered to vote for many years.

Before and after the Brexit vote I did not hear a lot of “Remain” leaders offering honest, tough-minded critiques of the failures of neo-liberalism. Far more, I heard them threaten potential “Leave” voters that fees and rates might rise and that the London economy might tank. I imagined my extended English family from “provincial” East Anglia did not lose sleep over what Brexit might mean to the accounts of London bankers. And if various fees went up for them, they could gauge that expense over the perceived price they were paying by propping up Greece and Spain to make Europe safe for free trade.

As I write this, Nigel Farage is probably in a town car on the way to Cleveland Hopkins (does anyone think the self-purported member of the beer-drinking-class is on the RTA’s Red Line?). His visit is a timely moment to think about what his campaign’s experience might mean for the Trump movement. If you support it, take heart: all signs in America point to the same dynamics at play here that led to victory there. Those who dominate the mainstream public discourse tend to dismiss Trump voters as racists and small-minded instead of thoughtful people who are making an informed decision to disrupt a system that has kept them down at the expense of people with the time and money to care about free trade and multiculturalism. His opponents haven’t yet convinced Trump’s supporters that they take seriously the links between neo-liberalism and their difficulties and fears. And, while the electoral math based on historical dynamics suggest Clinton should win the states she must in order to succeed, but the Brexit vote showed the past is no predictor in this case.

If you are not inclined to support Trump’s movement, Farage’s experience shows that you might want to stop dismissing the perceptions and experience of those voters outside the metropolitan beltways now. The morning after a Trump victory will be too late. 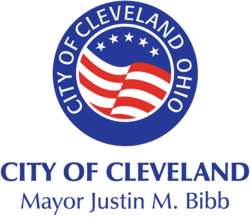