To publish or not to publish? The media’s free-speech dilemmas in a world of division, violence and extremism 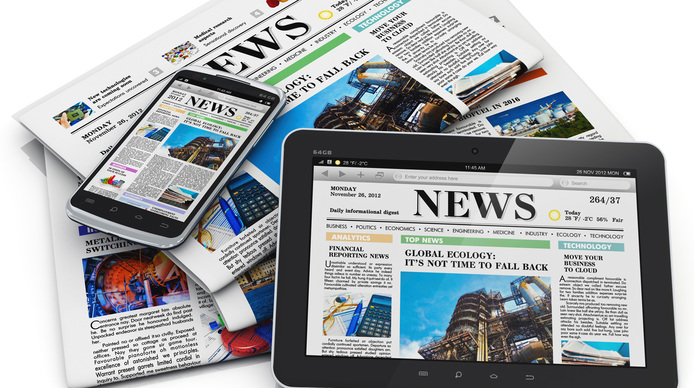 Terrorism, political extremism, Donald Trump, social media and the phenomenon of “cancel culture” are confronting journalists with a range of agonising free-speech dilemmas to which there are no easy answers.

Do they allow a president of the United States to use their platforms to falsely and provocatively claim the election he has just lost was stolen from him?

How do they cover the activities and rhetoric of political extremists without giving oxygen to race hate and civil insurrection?

How do they integrate news-making social media material into their own content, when it is also hateful or a threat to the civil peace?

Should journalists engage in, or take a stand against, “cancel culture”?

How should editors respond to the “assassin’s veto”, when extremists threaten to kill those who publish content that offends their culture or religion?

The West has experienced concrete examples of all these in recent years. In the US, many of them became pressing during the Trump presidency.

When five of the big US television networks cut away from Trump’s White House press conference on November 6 after he claimed the election had been stolen, they did so on the grounds that he was lying and endangering civil peace.

Silencing the president was an extraordinary step, since it is the job of the media to tell people what is going on, hold public officials to account, and uphold the right to free speech. It looked like an abandonment of their role in democratic life.

Against that, television’s acknowledged reach and power imposes a heavy duty not to provide a platform for dangerous speech.

Then on January 6 – two months later to the day – after yet more incitement from Trump, a violent mob laid siege to the Capitol and five people lost their lives. The networks’ decision looked prescient.

They had acted on the principle that a clear and present danger to civil peace, based on credible evidence, should be prioritised over commitments to informing the public, holding public officials to account and freedom of speech.

This case also raised a further dilemma. Even if the danger to peace did not exist, should journalists just go on reporting – or broadcasting – known lies, even when they come from the president of the United States?

So the medium, the nature and size of the risk, how the informational and accountability functions of journalism are prioritised against the risk, and the free-speech imperative all play into these decisions.

The ABC’s Four Corners program is about to embark on a story about the alt-right in the US. Having advertised this in a promotional tweet, the ABC received some social media blow-back raising the question of why it would give oxygen to these groups.

The influence of the alt-right on Western politics is a matter of real public interest because of the way it shapes political rhetoric and policy responses, particular on race and immigration.

To not report on this phenomenon because it pursues a morally reprehensible ideology would be to fail the ethical obligation of journalism to tell the community about the important things that are going on in the world.

It is not a question of whether to report, but how.

The Four Corners program will not be live to air. There will be opportunity for judicious editing. Journalists are under no obligation to report everything they are told. In fact they almost never do.

Whether the decision to omit is censorship comes down to motive: is it censorship to omit hate speech or incitement to violence? No. Because the reporter doesn’t agree with it? Yes.

Integrating social media content into professional mass media news presents all these complexities and one more: what is called the news value of “virality”.

Does the fact something has gone viral on social media make it news? For the more responsible professional mass media, something more will usually be needed. Does the subject matter affect large numbers of people? Is it inherently significant in some way? Does it involve some person who is in a position of authority or public trust?

Trump’s use of Twitter was an exploitation of these decision-rules, but did not invalidate them.

Social media is also the means by which “cancel culture” works. It enables large numbers of people to join a chorus of condemnation against someone for something they have said or done. It also puts pressure on institutions such as universities or media outlets to shun them.

It has become a means by which the otherwise powerless or voiceless can exert influence over people or organisations that would otherwise be beyond their reach.

There are those who are worried about the effects on free speech. In July 2020, Harper’s magazine published a letter of protest signed by 152 authors, academics, journalists, artists, poets, playwrights and critics.

While applauding the intentions behind “cancel culture” in advancing racial and social justice, they raised their voices against what they saw as a new set of moral attitudes that tended to favour ideological conformity.

In the aftermath of the police killings of black people in 2020 and the law-and-order response of the Trump administration, “cancel culture” began to affect journalism ethics. Some journalists on papers such as The Washington Post and The New York Times began taking public positions against the way their papers were reporting race issues.

This was yet another illustration of the complexities surrounding free speech issues arising from the social media phenomenon, the Trump presidency and the combination of the two.

Terrorism has also added its contribution. Over the decade 2005-2015, what became known as the Danish cartoons confronted journalists and editors with life-and-death decisions.

In 2005, the Danish newspaper Jyllands Posten (Jutland Post) published cartoons lampooning the Prophet Mohammed. It was a conscious act of defiance against “the assassin’s veto”, violent threats to free speech by Islamist-jihadis.

In 2009, a Danish-born professor of politics wrote a book, The Cartoons that Shook the World. Yale University Press, which published it, refused to re-publish the cartoons after having taken advice from counter-terrorism experts about the risks.

In November 2011, the French satirical newspaper Charlie Hebdo published an issue called Charia Hebdo, satirically featuring the Prophet as editor. The real editor was placed on an Al-Qaeda hit list and in January 2015, two masked gunmen opened fire on the newspaper office, killing 12 people, including the editor.

The world’s media were confronted with the decision whether to re-publish the cartoons again in defiance of “the assassin’s veto”. Some did, but most – including Jyllands Posten – did not.

The necessary limits of free speech

Free speech is an indispensable civil right under assault from all these forces. But none of the philosophers whose names we immediately associate with free speech have claimed it to be absolute.

The social media platforms, having for years proclaimed themselves extreme libertarians, have in recent times begun to recognise this is indefensible, and strengthened their moderating procedures.

Some of Australia’s senior politicians seem baffled by the issue.

When Twitter shut down Trump’s account, acting Prime Minister Michael McCormack didn’t seem to know where he stood, saying in one breath it was a violation of free speech to shut down Trump while in the next that Twitter should also take down the false image of an Australian soldier slitting the throat of an Afghan child.

And he is a former country newspaper editor.

This was followed by Treasurer Josh Frydenberg’s remark that he was “uncomfortable” with the Twitter decision. He quoted Voltaire as saying something Voltaire never said: the famous line that while he disagreed with what someone said, he would defend to the death his right to say it. It was a fabrication put into Voltaire’s mouth by a biographer more than 100 years after his death.

Voltaire, Milton, Spinoza, Locke and Mill, to say nothing of the US Supreme Court, have not regarded free speech as an absolute right.

So while the media face some extremely difficult decisions in today’s operating environment, they do not need to burden themselves with the belief that every decision not to publish is the violation of an inviolable right.

This article originally appeared in The Conversation.