The dispute between Littleton residents Kara and Ben Wilkoff and their homeowners' association over the Black Lives Matter flag they've flown outside their house for months has moved to the next level.

The Kensington Ridge/Cobblestone Village HOA, which denied the Wilkoffs the right to display the flag, has now decided they can do so until at least 10:30 a.m. on February 27, when a Zoom meeting with the board of directors has been scheduled to address the controversy. Meanwhile, the Wilkoffs are on the verge of launching a website that will document the situation in ways that are intended to benefit anyone waging a similar battle in Littleton and beyond.

According to Kara Wilkoff, "I truly believe that bringing attention to what is going on in our neighborhood will help to serve neighborhoods throughout Colorado and hopefully throughout the country."

Activists in Tampa are calling out Governor Ron DeSantis for legislation they say silences free speech.

The governor made a push for legislation to toughen up penalties for rioters. It could mean felony charges against violent protesters, including those who block roadways. The recent attack on the capitol has been used as a reason for the legislation.

It would also ban violent or disorderly assembling where property damage or injuries to other people occur. His proposal also includes a mandatory minimum jail sentence of six months for striking a law enforcement officer. But protesters Thursday said the legislation goes too far and would kill free speech in Florida.

"It affects even miscellaneous groups, like churches who actually organize in their community, give food. It puts too much into the subjective in allowing these officers to decide what is unlawful assembly," complained David Jones of the Tampa Bay Community Action Committee.

GOP leaders in both chambers rolled out an anti-riot proposal last month following the attack on the U.S. Capitol, saying the legislation would protect Florida from similar revolts. But Democratic lawmakers say linking the crackdown on protests with what happened in DC is a ruse.

The Supreme Court is wading into a cheerleader’s free-speech lawsuit against her high school over booting her off the squad because she posted “f*** cheer” on social media. The message was written in a Snapchat photo of the girl flipping the bird.

“F*** school f*** softball f*** cheer f*** everything,” read the caption posted by a Pennsylvania teen, who was identified only as B.L. in court papers because she is a minor.

B.L.’s anger at the time may be understandable: She didn’t make the varsity cheer squad for her sophomore year. Still, Mahanoy Area School District said she violated school conduct standards and wouldn’t even be allowed on the JV cheering squad.

The teen’s parents sued in federal court and won. The school district appealed. Now the Supreme Court is reviewing the case, which tests the limits of the First Amendment and the authority of schools to police students’ off-campus conduct. 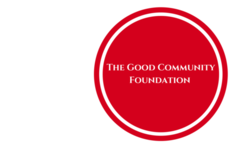