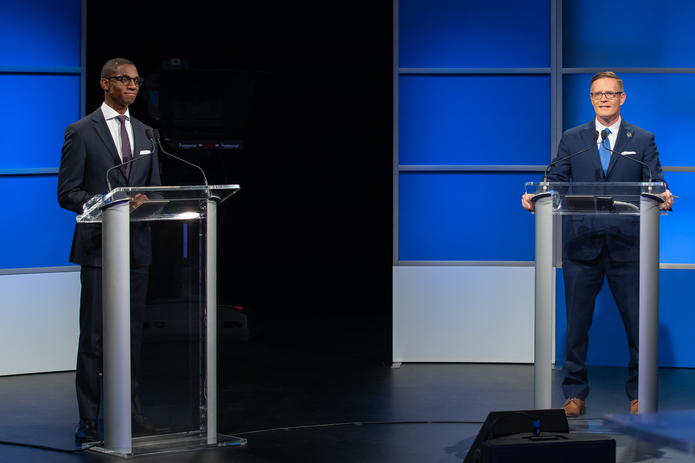 After months of campaigning, the results of the September primary elections have narrowed seven candidates down to two. On Tuesday, November 2, 2021 Clevelanders will have a chance to cast their votes for their city's next mayor.

The City Club of Cleveland, in partnership with Ideastream Public Media, hosted the general election debate on Monday, October 11th with Cleveland mayoral candidates: Justin M. Bibb, nonprofit executive, and Kevin J. Kelley, President of Cleveland City Council. The debate will feature the voices of Clevelanders on the issues that matter in their neighborhoods and communities.

Nick Castele, Senior Reporter/Producer at Ideastream Public Media moderated the debate. Joining alongside him were a panel of journalists: Lawrence Caswell, Field Coordinator at Cleveland Documenters; and Elizabeth McIntyre, Executive Editor at Crain's Cleveland Business. You can watch the full debate here.

Don't have time to watch the full 90 minute debate? We've broken it down by issues and topics here.