Insurrection in a Hotter Time 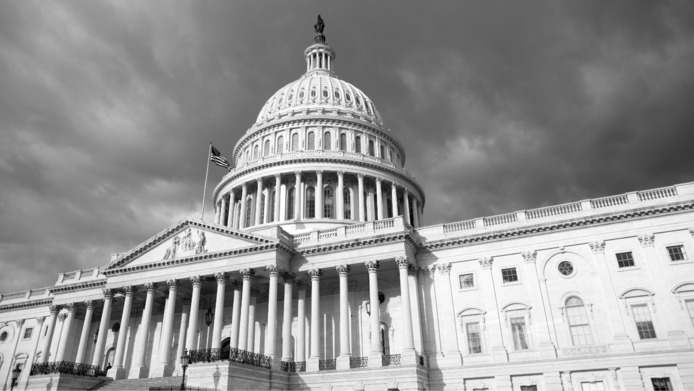 Our predicament is rather like an engine failure on a fire truck on its way to a 5-alarm emergency. Before we can fully address the lethal threat of climate change, we must deal with the threat of insurrection to American democracy. Both began in our failure to repair and strengthen democratic institutions making our situation more precarious than it had to be.

The political will to improve our democracy requires understanding what’s at risk and the foresight to see what’s coming. We risk losing the hard-won right of people to choose how they are governed, by whom, and to what ends. Looking ahead, by 2100 the Earth will be to 2.5-4°C hotter and more chaotic making our politics even more fractious. Governments could fall. Wars over water, food, and land will be more likely. Heat will stress global supply chains and international institutions to the breaking point. It could be much worse, but without rapid and concerted action, it is not likely to be better. In either case, governing will become harder because:

One thing more: the U.S. Constitution rigorously protects private property but not what we hold in common and in trust such as climate stability and biological diversity. It does not acknowledge our dependence on ecological systems with complex feedback loops and cause and effect separated in space and time. It does not protect future generations who will live with the consequences we leave behind; Jefferson’s “remote tyranny,” across generations.

As the climate crisis worsens, the lure of fascism in one guise or another will grow, but history shows it to be a cruel fraud. Our best and, I think, our only authentic hope is a renewed commitment to repair and improve democracy. But democracy demands a great deal from those granted the rights of political freedom. And they must now learn to be citizens in a political systemandin an ecological community. They must relearn the arts of neighborliness. Their loyalties must shift from solely “I,” “me,” and “mine” to “we,” “ours,” and “us,” including posterity.

Improving democracy, further, requires adapting governments to work in harmony with Earth as a physical system. Ultimately, we will be judged not by our technological prowess alone, but more importantly by our skill in perfecting the arts of effective, wise, and accountable government suited to a planet with a biosphere. That will require upgrading democracy itself.

Yale Political scientist Hélène Landemore, inOpen Democracy, argues persuasively that we have underestimated our collective intelligence and political competence. Good reasons exist to expand the scope and reach of democracy and find ways to engage citizens in the public business. With Congress frozen in animosity, one Party mired in quicksand, a politicized Supreme Court, and overburdened government agencies, it is a very good time to enlist the creativity, talents, patriotism, and practical skills of 333 million Americans whose common future is in jeopardy. Writing in 1919, W.E.B. Du Bois put it this way:

The real argument for democracy is . . . that in the people we have the source of that endless life and unbounded wisdom which the rulers of men must have . . . a mighty reservoir of experience, knowledge, beauty, love, and deed.

The challenge is how to harness the great power and intelligence latent in that untapped reservoir to build a prosperous, sustainable, post-fossil fuel world.

Visions are easy to dream but hard to implement. If a better democracy is to grow and flourish, if we are to be reconciled to the Earth, those more expansive and necessary visions must live in the minds of our youth. For that reason, among others, educational institutions are on the front lines in the battle for democracy and a habitable Earth. Every graduate from every school, college, or university should know how the Earth works as a physical system. They must understand the civic foundations of democracy. They should come into adulthood with a sense of authentic hope in a world still rich in possibilities. For those who teach and administer it is time to time to ask what is education for, especially now? It is time to think how to better deploy their research, educational and financial assets to meet a 5-alarm existential crisis. Above all, it is a very good time to imagine how we can help make a durable and decent world our common reality.

Paul Sears Distinguished Professor of Environmental Studies and Politics emeritus (1990-2017), Counselor to the President, Oberlin College 2007-2017, and presently a Professor of Practice at Arizona State University. He is the author of eight books, including Dangerous Years: Climate Change, the Long Emergency, and the Way Forward(Yale University Press, 2017), Down to the Wire: Confronting Climate Collapse(Oxford, 2009), Design with Nature(Oxford, 2002), Earth in Mind(Island, 2004) and co-editor of four others including Democracy Unchained(The New Press, 2020). He was a regular columnist for Conservation biology for twenty years. He has also written over 250 articles, reviews, book chapters, and professional publications. He has served as a board member or adviser to eight foundations and on the Boards of many organizations including the Rocky Mountain Institute, the Aldo Leopold Foundation, and the Bioneers. Currently, he is a Trustee of the Alliance for Sustainable Colorado and Children and Nature Network. He has been awarded nine honorary degrees and a dozen other awards including a Lyndhurst Prize, a National Achievement Award from the National Wildlife Federation, a “Visionary Leadership Award” from Second Nature, a National Leadership award from the U.S. Green Building Council, a Lifetime Achievement Award from the North American Association for Environmental Education, the 2018 Leadership Award from the American Renewable Energy Institute, and a Lifetime Achievement Award from Green Energy Ohio, He has lectured at hundreds of colleges and universities throughout the U.S., Europe, and Asia. He is a founder of: the Atlanta Environmental Symposium (1972-1974), the Meadowcreek Project (1979-1990), the Oberlin Project (2007-2017), the journal Solutions, and of the State of American Democracy Project 2017-present). He headed the effort to design, fund, and build the Adam Joseph Lewis Center, which was named by an AIA panel in 2010 as “the most important green building of the past thirty years;” . . . “one of thirty milestone buildings of the twentieth century” by the U.S. Department of Energy, and selected as one of “52 game changing buildings of the past 170 years” by the editors of Building Design + Construction Magazine (2016). He was instrumental in the design and funding for the Platinum-rated Peter B. Lewis Gateway Center (hotel + conference center). His current work at Arizona State University is on the repair and strengthening American democracy. 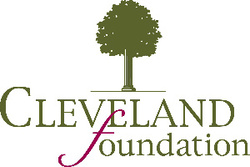