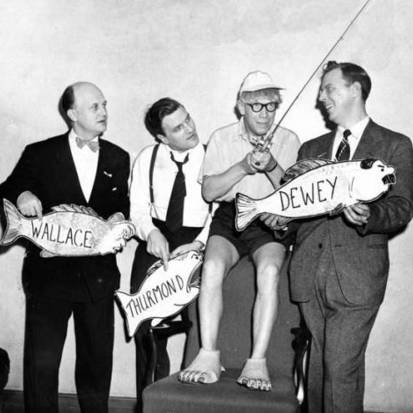 The City Club Anvil Revue takes a relevant and irreverent look at the year past in 1963. The Anvil Revue traditionally poked fun at political bigwigs and stuffed shirts, evolving from a collection of musical-comedy skits into fully staged productions complete with costumes, scenery, and music, held in various downtown Cleveland theaters. Originally orchestrated by former state legislator Carl Friebolin, this was his 46th and final show, titled "Play, Fidel, Play, or Stop the Press, I Want to Get Off." Previewing the show, Cleveland Plain Dealer theater critic Peter Bellamy called it “one of the funniest of Anvil Revues, and I have seen some 30... Judge Friebolin’s dialogue is devastating.”