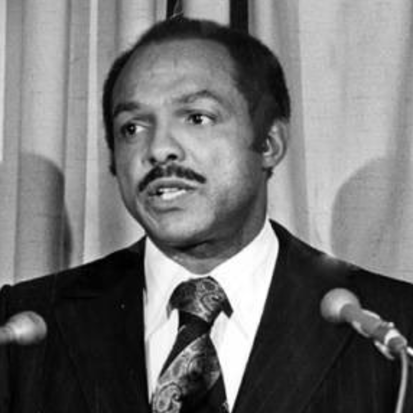 Attorney Carl B. Stokes, democratic candidate for office of Mayor of Cleveland, addresses a sold-out audience at the City Club Forum. Stokes asks of the City Club, "Are the people of Cleveland willing to vote for a candidate for mayor who has the best qualifications, who has the best programs, who has the philosophy of government and its relationship with people, but whose skin does happen to be black. Frankly, I believe that they are, or I would not be running for office of Mayor of Cleveland."