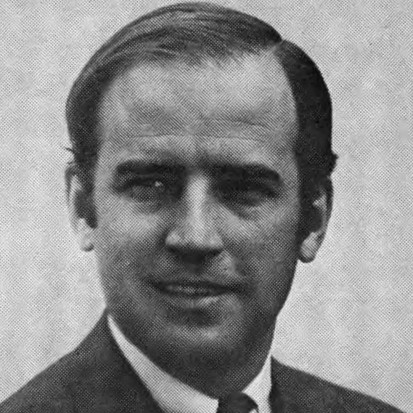 "Nothing is politically right which is morally wrong. And we're not going to begin to make an encroachment on moral wrong-doing in government until we elect men and women to office who are their own men and women." – Senator Joseph R. Biden, Jr.

"The importance of Watergate is not the bugging of telephones, it is the massive assault on the system – eliminating the field of contenders and subverting the system. If the allegations are true, then those who took part in it crippled the other team before it got on the playing field. It's not the Republican party's doing. As a party, it had nothing to do with it."

The Honorable Joseph R. Biden, Jr., U.S. Senator from Delaware and the youngest Senator at that time, speaks to the City Club about the Watergate incident, the influence of money in politics, and the vitality of the two-party system.