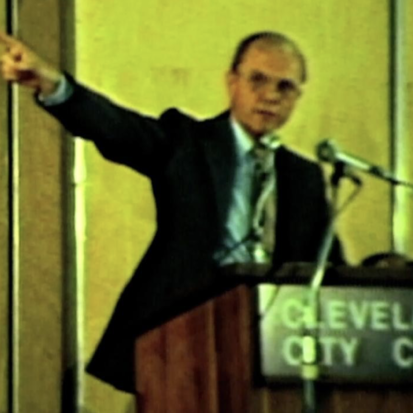 In response to a speech by Howard Metzenbaum in Toledo in which he accused John Glenn of never holding a real job, Glenn delivered what came to be known as his 'Gold Star Mother Speech' at the City Club debate. "Glenn asked Metzenbaum to look any gold star mother (a mother whose son died in combat) in the eye and tell her that her son had not held a real job." Glenn won the primary election and later the general election over Republican candidate, Cleveland Mayor Ralph J. Perk.