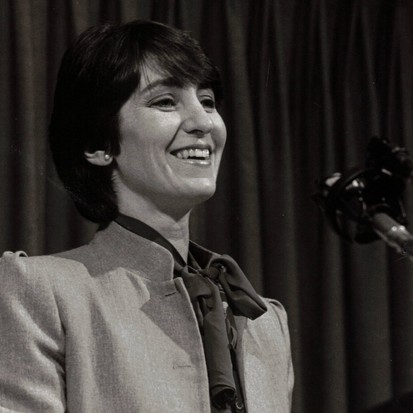 Why Office Workers Will Organize in the '80s

"Why is it fair to balance the economy on the backs of women and minorities? That’s no way to live. That’s not what our society stands for. " – Karen Nussbaum

In 1972, while working in an office at Harvard, Karen Nussbaum helped found 925, the first local group of office workers, in response to rampant discrimination, unfair pay, lack of upward mobility, and sexual harassment in the workplace.

The movement grew and similar groups in 10 other cities were established, representing more than 12,000 members. Its headquarters is now in Cleveland. 9to5's success led to the formation of District 925, a new national union for office workers, which is part of the Service Employees International Union (SEIU).

Nussbaum was named as one of "80 Women to Watch in the 80s" by Ms. Magazine and was recognized as "one of the top young organizers of this decade" by David Broder in his book The Changing of the Guard.

Nussbaum shares the current state of clerical workers, the three reasons compelling them to organize, and what 9to5 hopes to accomplish.