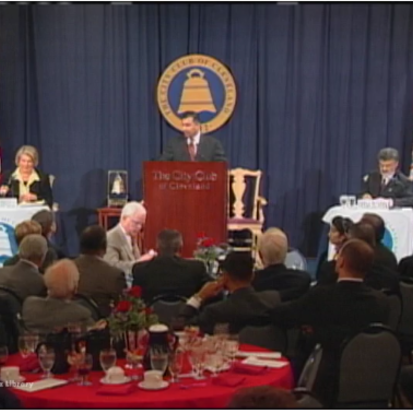 Jackson began his public service career as an assistant city prosecutor in the Cleveland Municipal Court Clerk’s Office. He was elected to Cleveland City Council representing Ward 5 in 1990 and became City Council President in 2001.