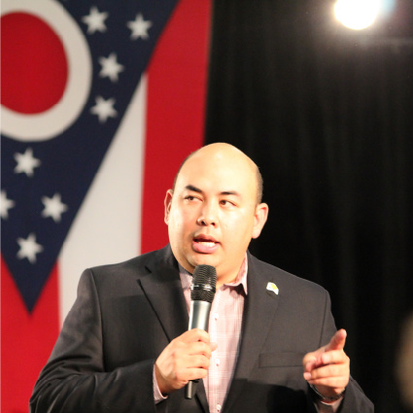 A Plan for Growth: Ohio and the Next State Budget

"We have to challenge the status quo. We have to drive opportunity" – Cliff Rosenberger

In November, 2014, State Representative Cliff Rosenberger was selected to serve as the 102nd Speaker of the Ohio House, making him the second youngest speaker in Ohio House history.

Representative Rosenberger is currently serving his second term at the Ohio House of Representatives. He represents the 91st House District, which includes Clinton, Highland and Pike counties, and parts of Ross County. An Air Force Veteran, Representative Rosenberger also served as the national political events coordinator for Governor Mitt Romney’s presidential campaign, and was Special Assistant to the U.S. Secretary of Interior, Dirk Kempthorne.

Join us as Representative Rosenberger discusses his plans for Ohio, including economic growth and the next state budget.