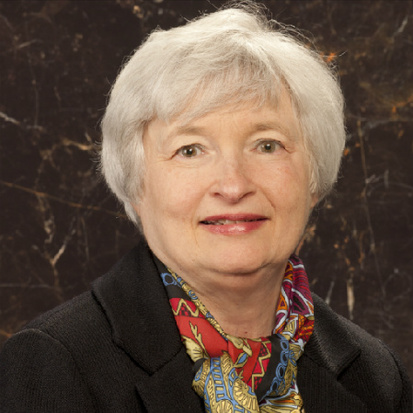 "The biggest challenge the Federal Reserve faces is making sure we have a strong financial system that is regulated and supervised." – Janet L. Yellen, Ph.D.

In an address in Providence, Rhode Island on May 22nd, Janet L. Yellen, Chair of the Federal Reserve Bank, said that the central bank is likely to raise interest rates for the first time since 2006. She stated, “I think it will be appropriate at some point this year to take the initial step to raise the federal funds rate target and begin the process of normalizing monetary policy. To support taking this step, however, I will need to see continued improvement in labor market conditions, and I will need to be reasonably confident that inflation will move back to 2 percent over the medium term."

Janet L. Yellen took office as Chair of the Board of Governors of the Federal Reserve System on February 3, 2014, for a four-year term ending February 3, 2018. Dr. Yellen also serves as Chairman of the Federal Open Market Committee, the System's principal monetary policymaking body. Prior to her appointment as Chair, Dr. Yellen served as Vice Chair of the Board of Governors, taking office in October 2010, when she simultaneously began a 14-year term as a member of the Board that will expire January 31, 2024.

Join us for a conversation with Dr. Yellen as she discusses the Federal Reserve Bank’s economic outlook.