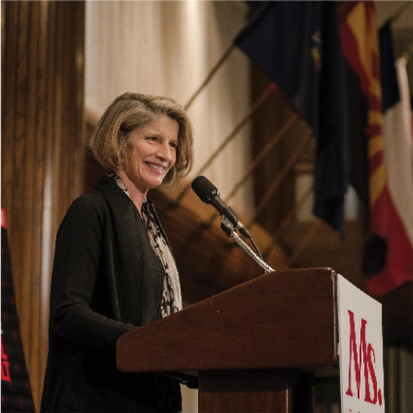 "You need to get a critical mass of women in police departments in order to see a change. We can't settle." – Katherine Spillar

Studies over the past 40 years both in the U.S. and internationally show that women police officers perform the job of policing equally as well as men and are not reluctant to use force when necessary during the course of routine professional duties. Importantly, the research also shows that women officers are less authoritarian and use force less often than their male counterparts, possess better communication skills, and are better at defusing potentially violent confrontations with citizens. As a result, women police are less likely than male officers to become involved in use of excessive force and deadly force.

Join us for a conversation with Katherine Spillar, Executive Director of the Feminist Majority Foundation, on how adding equal numbers of women to police departments nationwide is critical to reducing incidents of police violence and enhancing the ability of police to improve relations with the communities they serve.