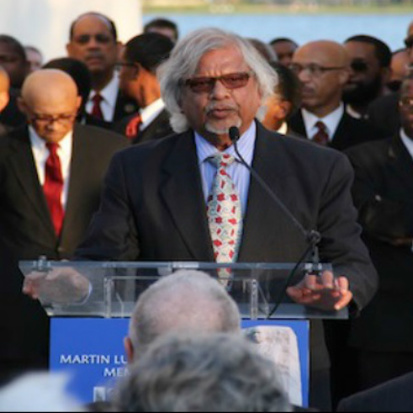 Grandfather's Lessons in Nonviolence and How to Make Peace

"We have to live what we want others to learn." – Arun Gandhi

Arun Gandhi is the fifth grandson of Mohandas Gandhi, better known as Mahatma or "the great souled one." Mahatma is revered the world over for his nonviolent philosophy of passive resistance. Mr. Gandhi has followed in his grandfather's footsteps, both as an activist and as a believer in nonviolence. He established the M.K. Gandhi Institute for Nonviolence in 1991.

Join us for a conversation on how the lessons taught by Mahatma influenced his grandson and provided an insight into the philosophy of life and our connection with each other and all of creation. Through these stories, we are able to look at ourselves and our own lives and truly begin to understand that the power is within each of us to “Be the Change.”

This program is part of the KeyBank Diversity Thought Leadership Series