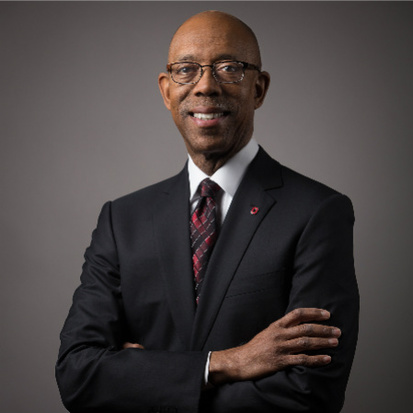 "Balancing affordability and excellence is both complicated and critical." – Dr. Michael Drake

Michael V. Drake, M.D., the 15th president of The Ohio State University, shares his vision for one of the world’s most dynamic public research universities, including a commitment to affordable excellence, community engagement, and diversity and inclusion.

Since assuming the reins in July 2014, President Drake has overseen a record year in student applications, fundraising and graduation rates; hired a new leader for the university’s renowned medical center; celebrated five national championships; and launched a $400 million initiative to lower student costs while increasing excellence.