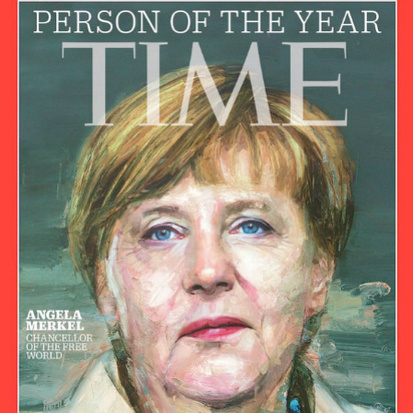 Happy Dog Takes on the World: "Person of the Year" or "Her Big Mistake?"

Angela Merkel, the Rise of Populism in Europe, and the Challenge of Mass Migration

"The nice thing about democracy isn't that they don't make mistakes, it's the capacity to correct mistakes." – Dr. Christoph von Marschall

Time Magazine lauded Angela Merkel, the Federal Chancellor of Germany, by naming her “Person of the Year.” In Germany, however, she provoked mixed feelings and some serious opposition within her party, the Christian Democratic Union (CDU). Can she regain control?

Join The City Club of Cleveland, the Cleveland Council on World Affairs, International Partners in Mission, and the Northeast Ohio Consortium for Middle Eastern Studies (NOCMES) for a discussion on Angela Merkel and the politics of Germany.