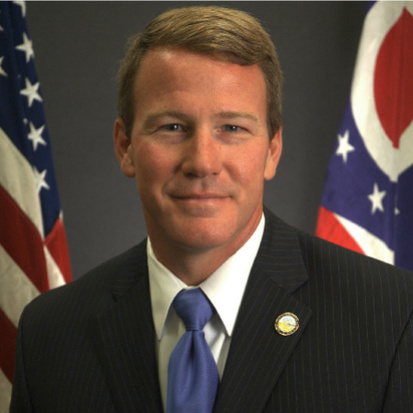 Democracy and The Road to Prosperity

"What in the world is happening to American democracy and can we still believe in it?" – Jon A. Husted

Jon A. Husted is Ohio's 53rd Secretary of State and serves as Ohio's chief elections official.

As Secretary of State, Jon A. Husted provides oversight of elections in one of the nation’s most hotly-contested swing states and is also the custodian of business filings in Ohio. Since taking office, Secretary Husted has worked to implement uniform rules that included the first ever statewide absentee ballot application mailing to voters in all 88 counties in 2012 and 2014, as well as setting expansive hours for early, in-person voting. During his tenure, Ohio has also seen record business filings five years in a row.

Join us for a conversation with Secretary Husted as he discusses some of the most pressing issues regarding Ohio's election system, economic growth, and job creation.

Also, join us beforehand for readings of the winning essays from The Hope and Stanley Adelstein Free Speech Essay Contest.