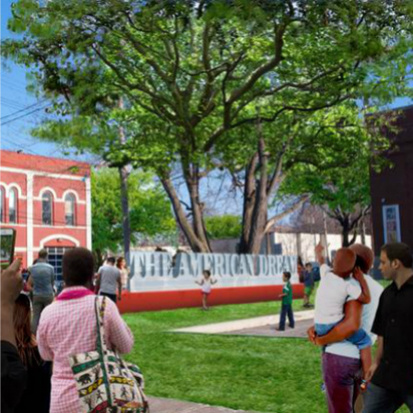 The American Dream: A Symposium at the Intersection of Art and Politics

"I think that art can help us ask difficult questions and maybe even provide some answers." – Marshall Reese

When the delegates, conventioneers and media arrive in Cleveland for 2016 Republican National Convention, the conversation won't just be about politics. Local and visiting artists will be arriving, too, lending their perspectives on patriotism, free speech, equality, and freedom.

Cleveland - long known for its vibrant arts and culture scene - will be presenting an array of thought-provoking and relevant exhibits meant to stimulate the mind and encourage conversation on the topics and issues in this election year.

Join us at the Transformer Station in Hingetown for a series of free panel discussions on access and opportunity, inequality/(in)equity, and political identity and protest - and learn what these works tell us about ourselves, our community, and our connection and response to the political environment and the political discourse that shapes our nation.

Artists and Panelists include: