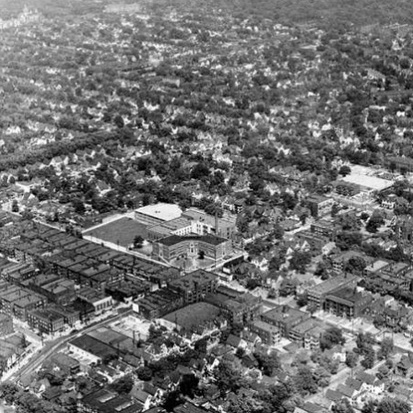 "We didn't just move to Hough to buy a house. We moved to join a community." – Barry Withers

2016 marks the 50th anniversary of the Hough riots (also known as the Hough uprising), a week-long period of unrest sparked by poverty and racism - a situation experienced by many cities during the time of the civil rights movement. Afterwards, the neighborhood experienced rapid population loss and decline that persisted for decades.

That moment, however, was just one part of the neighborhood's story. Uniquely situated between the rapidly expanding Downtown and Uptown, and the recipient of important historic investments, Hough is primed for a renaissance and is beginning to see the green shoots of economic development. But questions remain about how to chart a truly inclusive course for this important neighborhood.

Join us for a conversation with past and current leaders in Hough who will briefly explore Hough's rich and turbulent history before turning an eye to the neighborhood's aspirations for the future.

This forum is sponsored by The Unger Family Foundation.