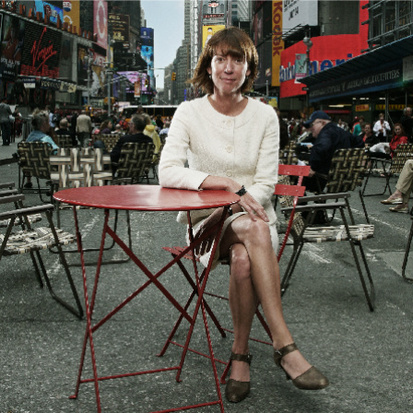 Streetfight: Handbook for an Urban Revolution

"You can paint the city you want to see. You have to start with the budget and circumstances you have." – Janette Sadik-Khan

According to Livable City, public transportation, bikeability, and walkability are key factors in creating liveable cities that attract new citizens and increase productivity, as well as energy efficiency.

Nowhere is this more evident than in New York. It has the largest public transportation network in North America, serving more than 15.2 million people in the tri-state area, and nearly 6 million through subway ridership alone. Ridership has increased by over half a million in the past five years alone, in part due to the nearly $100 billion invested in the past 20 years to transform transportation. So how did New York become the leader in public transport, a pioneer of bike mobility, and potentially the largest source of greenhouse gas avoidance in the U.S.?

Join us for a conversation with Janette Sadik-Khan, former Commissioner of the New York City Department of Transportation and author of Streetfight: Handbook for an Urban Revolution, on what urban revolution looks like and the role transportation plays in improving the quality of life in cities.

This forum is the keynote of the inaugural American Planning Association (APA) Planning Week. APA Cleveland Planning Week is a platform for discovery, understanding, and promoting meaningful conversations about the issues and themes that effect our region.