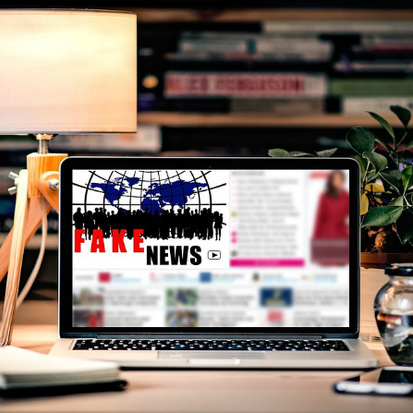 "It will be up to your generation to be vigilant about news in our future." – Kevin O'Neal

Our First Amendment guarantees that: “Congress shall make no law respecting an establishment of religion, or prohibiting the free exercise thereof; or abridging the freedom of speech, or of the press; or the right of the people peaceably to assemble, and to petition the Government for a redress of grievances.”

The Supreme Court has ruled on instances of free speech ranging from political donations, to the right to incite violence, to speech rights within schools. In this past election cycle, pundits and candidates on both sides of the aisle have weighed in on the implications of fake news of free speech.

According to Pew Research, 62% of adults get their news from social media. In the final three months leading up to the election, 20 top-performing false election stories generated 8,711,000 shares, reactions, and comment on Facebook. Some of the most shared fake stories claimed that Pope Francis endorsed Donald Trump, or that Hillary Clinton and her staffers ran a child prostitution ring out of a D.C. pizza parlor. The proliferation of fake news even led one man to fire shots into that D.C. pizza parlor.

How do citizens and legislators ensure transparency in the media while simultaneously protecting our civil liberties? Join us for our fourth youth forum of the school year: a panel discussion on the limits of free speech and fake news.