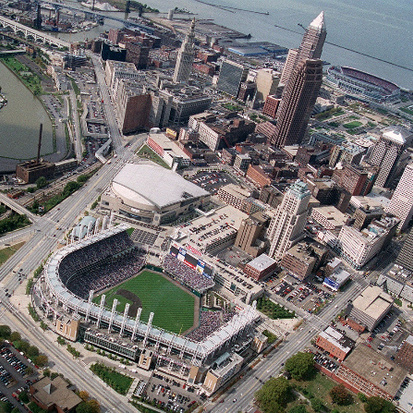 "The correct preposition is 'our downtown.'" – Joe Cimperman

Within the past year, Downtown Cleveland witnessed tremendous momentum made possible by successfully hosting the RNC, a Cleveland Indians World Series appearance, and a Cleveland Cavaliers NBA championship. What's next for Downtown's growth and development?

In the 1920's, Cleveland prospered, in part, because of its significant foreign-born population who provided the labor and entrepreneurial skills needed for the city's changing economy. Today, Ohio's foreign-born immigrants number 480,868 - just 4 percent of the population. The national average is 13 percent.

The city's continued economic success is dependent on its ability to embrace technology and innovation, and compete in a highly skilled global economy. Join us for a conversation on how immigration and international residents can create jobs and influence a vibrant 24/7 downtown community.