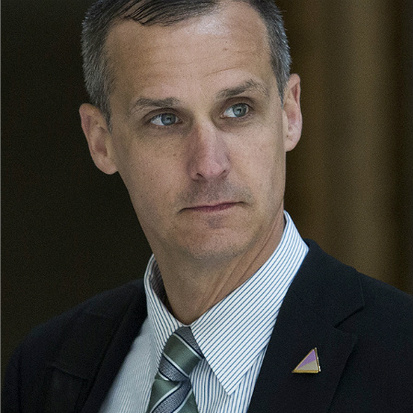 "I think Donald Trump is the greatest political phenomena of our lifetime." – Corey R. Lewandowski

Corey R. Lewandowski has spent his career in politics. He worked for several campaigns and for the Americans for Prosperity advocacy group in a variety of roles, including serving as the national director for voter registration. Born and raised in Massachusetts, Lewandowski ran unsuccessfully for office twice, once in Massachusetts and once in New Hampshire.

From January 2015 to June 2016, he served as the campaign manager for Republican presidential candidate Donald J. Trump and is credited for "orchestrating Trump's unlikely rise during the primary season."

After leaving the Trump campaign, Lewandowski formed - and then exited - the lobbying and consulting group Avenue Strategies. He currently serves as a commentator for FOX News.

Join us for a conversation with Corey R. Lewandowski.