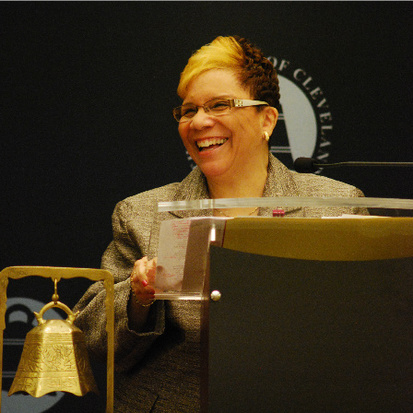 The Urban League of Greater Cleveland: A Century of Advocacy

"We all rise and fall together based on what we are all able to accomplish. We need to find more meaningful ways to serve those who are disconnected." – Marsha Mockabee

On October 13, 1917, L. Hollingsworth Wood, chairman of the National League on Urban Conditions Among Negroes, spoke to the City Club about issues facing the African-American population in Cleveland. Wood preached that, “above all, make these new residents feel that they are not here purely as a war measure, but that Cleveland has something in store for them after the war.”

In response to Wood's statements, the Urban League of Greater Cleveland (ULGC) was founded that same year to address the issues presented by the urban migration of African-American families from the south to the north. They work to counteract issues of discrimination and advocate for those on the economic and social margins. For minority groups in Cleveland, the ULGC focuses on education and youth development, workforce development, and entrepreneurship.

One hundred years from their founding, this important mission continues under Marsha Mockabee, the current CEO and President of the ULGC. With the unofficial tile of “recovery chief,” Mockabee has held this position since 2011, having served the organization for more than 20 years. Under her leadership, ULGC has been able to move to secure its future and develop new programs that empower the communities they serve.

Join us as Marsha Mockabee, CEO and President of the Urban League of Greater Cleveland, reflects on the past 100 years and looks ahead to the future.