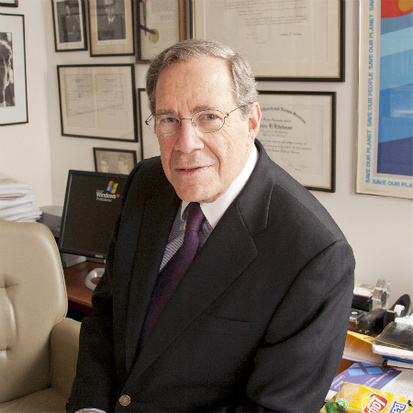 Not a Crime to Be Poor: The Criminalization of Poverty in America

"The opposite of poverty is justice." – Peter Edelman

In the wake of Michael Brown’s death, the Justice Department investigated the police department of Ferguson, Missouri, and found routine constitutional violations as well as a regular mistreatment of individuals because they are black, poor, or both. In the United States, nearly the same amount of Americans reside in prison as they do in public housing. While 37.9% of inmates are black, only 13.3percent of the American population is black. And within 5 years of release, 76.6 percent of released prisoners were rearrested. In light of these findings, the relationship between poverty, race, and the criminal justice system continues to be examined.

To address the relationship of poverty and race, Georgetown Professor Peter Edelman, has released his most recent book – Not a Crime to Be Poor: The Criminalization of Poverty in America. Edelman explains that Ferguson is a representation of America and how the numerous fees involved in law enforcement, substitution of prisons and jails for mental hospitals, and welfare policies have made it a crime to be poor.

Edelman, who famously resigned from the Clinton administration over the 1996 welfare reform bill, has dedicated his life to anti-poverty work. He is an award winning author, Carmack Waterhouse Professor of Law and Public Policy at Georgetown University Law Center and faculty director of the Georgetown Center on Poverty and Inequality. He has served in all three branches of the government with Senator Robert F. Kennedy, the Clinton administration, and with the Assistant Attorney General John Douglas.

As part of the City Club’s Authors in Conversation Series, Peter Edelman joins us to discuss his new book, Not a Crime to Be Poor: The Criminalization of Poverty in America, and the disproportionate way in which lacking money can turn citizens into criminals.