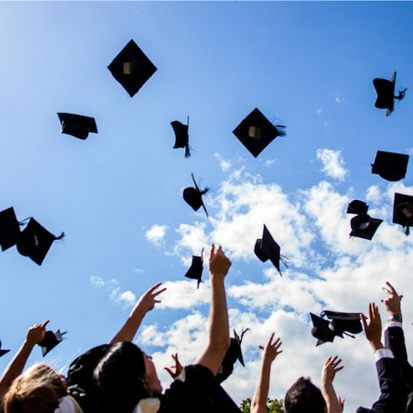 The Future of Public Higher Education in Ohio

"I can't think of anything, except maybe healthcare, that's more important than education." – Alex Johnson

Public higher education institutions across the country are experiencing decreased budgets. Compared to levels prior to the recession, state support for public two and four year colleges has dropped by nearly $10 billion. In Ohio, state funding for higher education in 2017 is a half-billion lower than pre-recession levels. Sixty-four percent of Ohio graduates leave school with debt and institutions are being asked to tell students how much they can expect to earn with a degree in an attempt to manage the increasing burden of debt that graduates now face.

The context appears to be shifting. The 2016-2017 budget had a 7.6 percent boost of $274 million in state share of instruction, as well as almost a 13 percent increase in need based aid. Public Northeast Ohio colleges are showing strong enrollment numbers of increasingly academically prepared students, despite fewer high school graduates and increased competition among colleges. Partnerships with the private sector, such as The Ohio State University’s collaboration with Apple are innovating educational opportunities and partnerships within public education, like Ohio University and The University of Toledo, are creating stronger research institutions.

As public higher education is increasingly looked at as a pipeline for economic growth and opportunity, affordability and access remain important factors in student enrollment. Cleveland State University recently raised $114 million, exceeding its goal for student support. Cuyahoga Community College is investing in their manufacturing facilities to fuel the dominant manufacturing industry and The University of Akron is reducing their out of state tuition price and expanding the Akron Guarantee Scholarship. Is this enough? What more can be done? Join the City Club and hear from three influential college and university Presidents on the challenges they face and the strides that have been made in improving Ohio's public higher education.