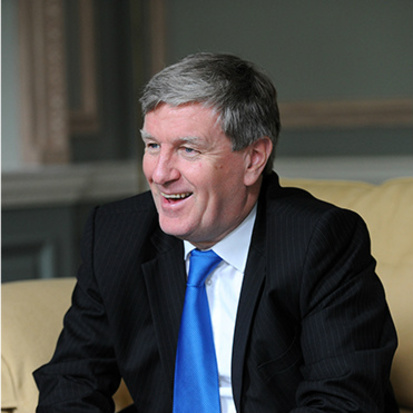 Remarks from His Excellency Daniel Mulhall

"The Irish have a rural culture - it's a culture where people got together, played music, told stories. When they went around the world, they carried that with them and never lost it." – His Excellency Daniel Mulhall

When Ireland joined the European Union in 1973, its status in the European community had yet to be established. Nowadays, Ireland’s influence within the EU has risen, as the power dynamic between it and the United Kingdom continues to shift. Recently, Ireland threatened to veto any Brexit deal that would alter its border policy with Northern Ireland – an agreement that has allowed for peaceful exchange of goods and travel. The UK conceded to Ireland’s terms, confirming the independent country’s influence on its much larger neighbor.

Daniel Mulhall, Ireland’s 18th Ambassador to the United States, joins us at the City Club to discuss Ireland and its strength within the European Union.