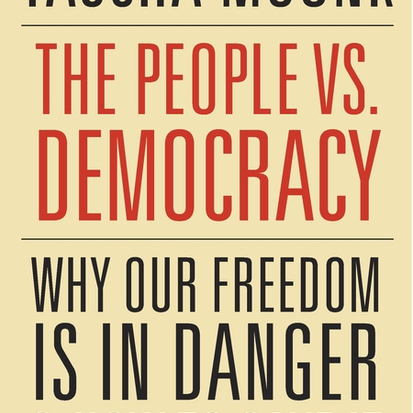 Happy Dog Takes on the World: Is Democracy Dying?

"It is the job of modern political parties to offer alternatives." – Yascha Mounk, Ph.D.

According to Freedom House, from 1973 to 2005, the number of democracies worldwide increased dramatically, however, over the past decade, the organization recorded a decline in global freedom. From India to Turkey, from Poland to Russia, we've seen democracy give way to autocracy.

The U.S. was not immune to this trend. For more the 200 years, Americans have held fast to the country's seemingly impenetrable democratic systems and institutions, in checks and balances, and separation of powers. However, in January 2017, The Economist downgraded the U.S.’s democratic ranking from "full democracy” to “flawed democracy.” The ranking, while surprising to many, is arguably reflective of the shifts in the global thoughts about democracy - only one-third of millennials worldwide believe that “it is extremely important to live in a democracy,” and one in six Americans thinks that military rule is a good form of government. How did we arrive here? Can - and should - democracy be saved?

Join us, the Cleveland Council on World Affairs, Global Cleveland, International Partners in Mission, and the Northeast Ohio Consortium for Middle Eastern Studies (NOCMES) as WCPN reporter/producer Tony Ganzer talks with Yascha Mounk, Ph.D., Lecturer in the Department of Government at Harvard University and author of The People vs. Democracy: Why our Freedom is in Danger and How to Save It, on the future of liberal democracy worldwide.

This event is free - no registration required.

The Authors in Conversation Series is supported in part by the residents of Cuyahoga County.