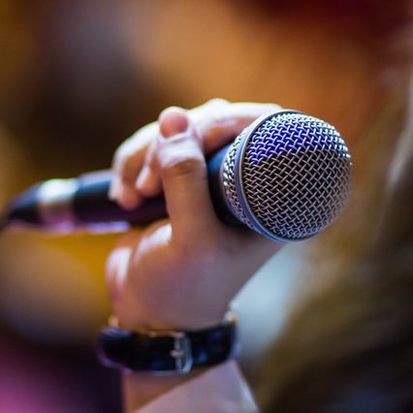 Silent No More: #MeToo and the Music Industry

"It's made inclusion more top of mind. We're more aware of who's being represented and how." – Meredith Rutledge-Borger

Over the last several months, the #MeToo movement has shaken the entertainment industry. Actors and film executives resigned or were dismissed as allegations of sexual harassment and gender discrimination mounted, yet somehow, leaders in the music industry seemed unscathed.

But not for long. Days before the 2018 Grammy Awards, a report commissioned by the University of Southern California's Annenberg Inclusion Initiative showed the stark reality - in the previous six Grammy awards, only nine percent of the nominees were women. Taking a cue from Hollywood actresses who wore black to the Golden Globes in support of the work of the Time's Up coalition, female musicians wore white roses to the Grammy's to draw attention to their own grassroots effort, Voices in Entertainment.

It has been argued that the entertainment industry as a whole is built on perpetuated structural inequality. As the Rock world prepares to induct another class into the Rock and Roll Hall of Fame, including Sister Rosetta Tharpe and Nina Simone, we'll speak with influential female music professionals about the industry and their perspectives on sexism, sexual misconduct, and the power of the female voice to affect lasting change.

Hotels and accommodations provided by