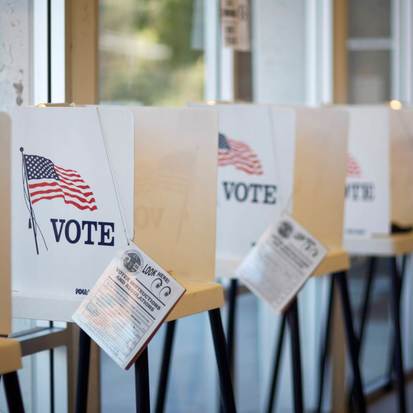 Gerrymandering, the process of manipulating district boundaries to provide an advantage to one political party over another, is facing increased scrutiny. Major partisan gerrymandering cases are ongoing in several states - including a few pending with the United States Supreme Court. Other states, including Ohio, are working on developing legislation to end partisan redistricting.

On May 8, Ohioans will vote on Issue 1, the Bipartisan Congressional Redistricting Reform Amendment. The amendment needs a simple majority of votes on May 8 to become part of the Ohio Constitution.

The bill, a compromise between Republicans, Democrats, and the Fair Districts=Fair Elections coalition, would require 50 percent of the minority party's votes to approve a congressional district map for 10 years. That map would have to keep 65 counties whole, only split up to 18 counties once, and up to five counties twice. The proposed changes would take effect for the next redistricting process slated for 2021, following the 2020 census.

If passed, Issue 1 would make Ohio the first state to require a certain level of support from the two major parties to approve a congressional redistricting plan in the state legislature.

Join us for a conversation with local leaders on the benefits and drawbacks of Issue 1 and the future of redistricting reform in Ohio.