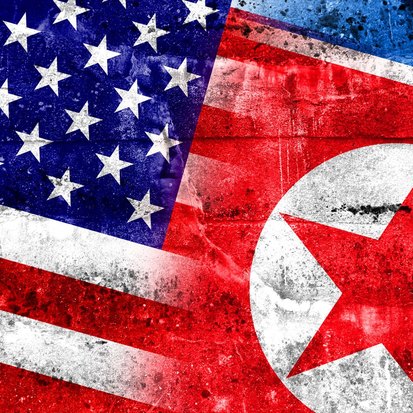 Happy Dog Takes on the World: The Korean Peace Process

"Pulling out of the Iran nuclear deal was an opportunistic moment for North Korea. They thought they could be the country that trusts the U.S." – Merose Hwang

During a summit on June 12, 2018, President Donald J. Trump and Kim Jong-un, leader of the Democratic People's Republic of North Korea (DPRNK), signed an agreement pledging to "build a lasting and stable peace regime on the Korean Peninsula" including complete denuclearization and the recovery of POW/MIA remains.

How does this current agreement between U.S. and North Korea compare to past peace efforts? Is there any reason to believe this Summit, and the resulting agreement, will lead to legitimate change in U.S.-Korean relations?

Join us, the Cleveland Council on World Affairs, Global Cleveland, International Partners in Mission, and the Northeast Ohio Consortium for Middle Eastern Studies (NOCMES) for a conversation on the history of U.S.-DPRNK relations and the implications of this current agreement on U.S. foreign policy.