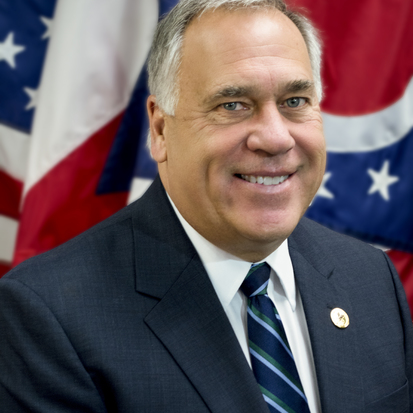 The View from Inside: Ohio's Prisons Chief on Re-entry and Criminal Justice Reform

"I’m a steadfast believer that we’re all human beings. That all of us deserve more smiles. Not just those in custody, but the families who love those in custody." – Gary C. Mohr

Gary C. Mohr has helmed Ohio's prison system since 2011, when he was appointed by Governor John Kasich. His 43 year career in corrections began in a classroom at the Marion Correctional Institution and since then, he has consistently approached the work with the eye of a reformer. As a new conversation about criminal justice reform and returning citizens has opened across the nation and here at home, Director Mohr will offer his point of view on the state of corrections and criminal justice in Ohio.

Director Mohr is the President-elect of the American Correctional Association (ACA), was awarded the very first Tom Clements Award for innovation in correctional practices in 2016, and also the 2017 Michael Francke Career Achievement Award by the Association of State Correctional Administrators. Director Mohr is also a member of the Vera Institute’s Advisory Council of the Safe Alternatives to Segregation.