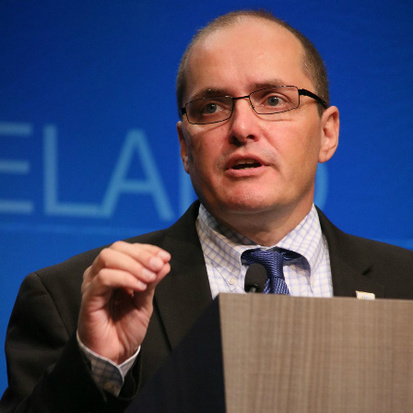 "There is still a lot of hard work to be done, and we can’t, and shouldn’t, declare victory while ignoring the current reality." – Eric Gordon

In November 2016, residents of the city of Cleveland voted overwhelmingly to renew the 15-mill levy that funded The Cleveland Plan. The last seven State of the Schools addresses have focused on the progress the Cleveland Metropolitan School District (CMSD) has made in service to Cleveland's families, including increased graduation rates and the opening of a varied portfolio of school options for families.

Launched in September 2012, The Cleveland Plan has a goal of tripling the number of Cleveland students enrolled in high-performing schools. A lot has changed in six years. How is The Cleveland Plan working? What are the current priorities and what challenges remain? How much is Cleveland's persistent poverty rate and social issues preventing students from learning and achieving their full potential?

Join us for the annual tradition of hearing from CMSD CEO Eric S. Gordon, leader of the region's largest public school district - a district whose improvement many believe is key to the future success of our city and region.