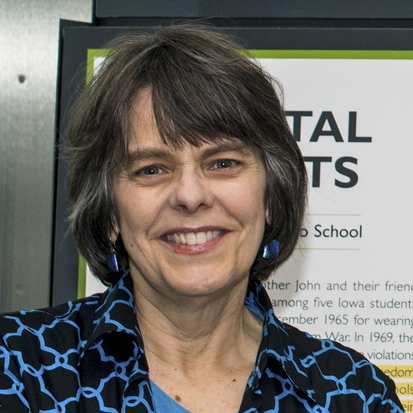 "We need to learn ways to talk to each other when we disagree. And that’s the guide we have in the First Amendment, in how to do that." – Mary Beth Tinker

Across the country, students - from elementary school to high school - are speaking out against gun violence, racial discrimination, and bullying among other societal issues. And people, everyone from elected officials to corporate CEOs to journalists, are taking notice.

Historically speaking, some of the country's biggest social change originated with the acts of young people. From the four teenagers who sat at a Woolworth's counter in Greensboro, N.C., to college students' massive protest of apartheid in South Africa, to the Black Lives Matter and #NeverAgain movements of today, all are examples of the United States' rich tradition of young people being on the front lines of change.

Join us for the 2018 City Club Annual Meeting as we consider student activism, free speech, and the right to protest. This special Friday forum will begin at noon with a presentation of the City Club's annual report followed by a keynote address from Mary Beth Tinker who played a role in the 1969 Tinker v. Des Moines Independent School District Supreme Court case which set a precedent for student speech in schools.

This forum is open to all and City Club members and their guests are invited to a special reception immediately following the forum.