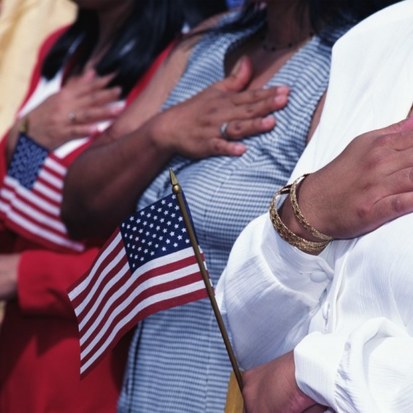 Jus Soli or Just Go Home?: The Fourteenth Amendment and the Battle Over Birthright Citizenship

"We’d be working against our ideals to go against birthright citizenship, but also as a practical matter we’d be harming ourselves against integration of the people here." – Stephen R. Lazarus

Jus soli, Latin for law of the soil, is the principle by which individuals are automatically granted citizenship in the country they are born in. Today, it's commonly known as birthright citizenship - and it became law when the Fourteenth Amendment was adopted in 1868, largely as a means of extending citizenship to millions of slaves freed by the Civil War.

It may appear logical that a nation comprised of immigrants would continue to abide by jus soli, however, the practice is facing increasing debate in the United States. Michael Anton, former spokesperson for the National Security Council, called upon President Trump, in a Washington Post op-ed, to clarify the meaning of the Fourteenth Amendment: that it does not guarantee birthright citizenship. This declaration, coupled with increased concern over illegal immigration, heightened the debate over who has a right to call themselves U.S. citizens. And the United States isn't the only country locked in this debate; recently, Canada's Tory party introduced legislation to eliminate birthright citizenship.

Join us for a beer as local historians and legal experts weigh in.