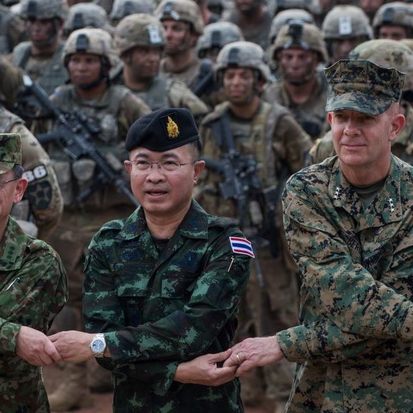 As The World Turns: Democracy, Liberalism, and New World Orders

A recent study from Harvard’s Yascha Mounk and the University of Melbourne’s Stefan Foa found that, among American millennials, one quarter surveyed felt that “choosing leaders through free elections” is unimportant, and only 19 percent felt military takeover is illegitimate in a democracy. Futhermore, the percentage of people who say it’s “essential” to live in a democracy is also declining in America and in other Western countries.

Traditionally, the United States has long been lauded as a beacon of global democracy - the “shining city on a hill” - but the growing political divide between the two major parties, the decline of American manufacturing, and the ballooning national deficit all threaten America's ability to exert leadership on the global stage. Externally, the rise of authoritarianism, mass migration, the threat of a global trade war, and the emergence of China as a world power threatens the United States' leading position in the world.

What do all these changes mean for the future of the global order? Are we in the midst of an illiberal turn?