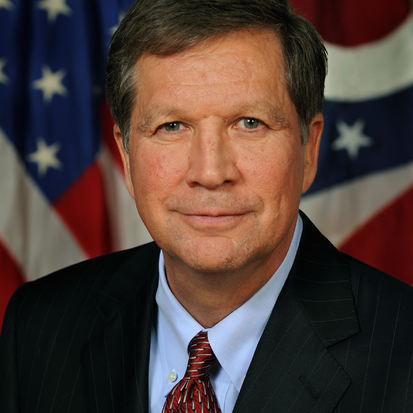 "Leadership is: you look at a problem and you go and solve it." – Governor John Kasich

He also broke from his party, supporting Medicaid expansion, resisting Republican efforts to repeal and replace the Affordable Care Act, and declining to endorse Republican nominee Donald Trump after his own unsuccessful bid for President.

Join us as Governor John Kasich discusses his past eight years in office and offers a look ahead at what’s important to Ohio's future progress.