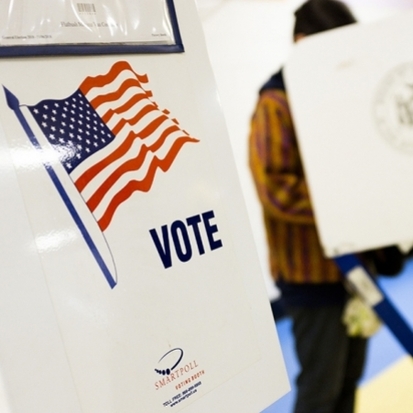 The Midterm Elections Are Over: What's Next?

The 2018 midterm elections are over. Americans voted in historic numbers - early projections from the U.S. Elections Project estimate that 49 percent of the nation's voting-eligible population, nearly 116 million people, cast a ballot.

Now, we're at a point of transition. While some races are still close to call, the Democrats have regained control of the House of Representatives while Republicans will maintain control of the Senate. And, both chambers will look different come January. So far, a dozen women were elected to the Senate, 96 women were elected to the House, and nine women will serve as governor — and 42 of those are women of color.

In Ohio, Republicans captured all the open statewide offices and continue to control all three branches of government, which could impact the redrawing of congressional and statehouse maps after the next U.S. census.

Looking ahead, can we expect bipartisan collaboration or more gridlock? Will the greater diversity in Congress impact the policy agenda? And, will Ohio maintain its status as a swing state - or are we now solidly red? Join us as a panel of experts analyze the election results and discuss how these changes could impact Ohio and the nation.