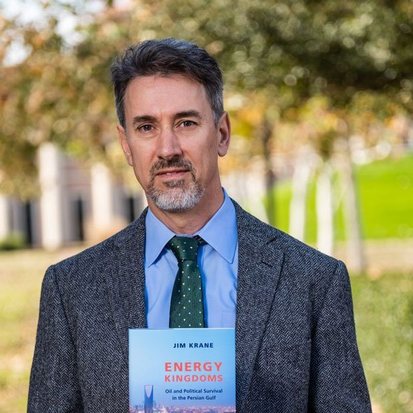 The Future of Energy Kingdoms: Oil, Politics, and the Persian Gulf

"These are sun-drenched countries and they could use solar power. But it doesn’t always work. The UAE did invest in solar and it did not go well for them." – Jim Krane

Oil has moved many countries in the Persian Gulf - namely, Bahrain, Kuwait, Oman, Qatar, Saudi Arabia, and the United Arab Emirates - from global obscurity to some of the richest, most technologically advanced nations on earth. But that transformation doesn't come without consequences, as outlined in in Jim Krane's new book Energy Kingdoms: Oil and Political Survival in the Persian Gulf.

In the book, Krane expounds on how the Middle East has also emerged as a leading voice in energy use innovation, and how it is utilizing its influence with regards to conversations on climate change. These talks segue into the regions political power as the region continues to grow economically.

Join us as WCPN's Tony Ganzer talks with Krane about the history of oil's influence on governance in the Persian Gulf and the region's current energy conundrum and struggle to remain viable in a climate-stressed world.

This forum is part of our Authors in Conversation series sponsored, in part, by the residents of Cuyahoga Country through a public grant from