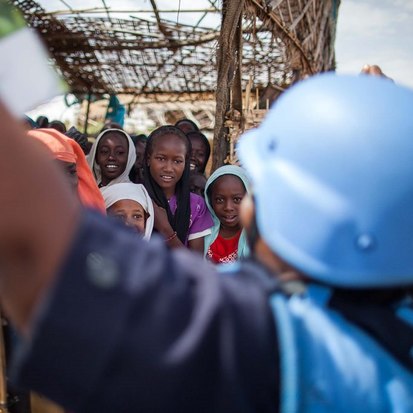 Response and Responsibility: How to Address Grave Violence Beyond our Borders

"If the United States does not lead, who will?" – John Evans

The Convention on the Prevention and Punishment of the Crime of Genocide was the first human rights treaty adopted by the United Nations, on December 9, 1948. It embodies a collective determination to protect people from brutality and to prevent repetition of the horrors witnessed by the world during World War II. It's commonly distilled into the phrase "never again" as the international community vows to learn from—and not repeat—the Holocaust.

Yet, in the past 70 years since the treaty's signing, all forms of grave violence—political violence, assassinations, death squads, crimes against humanity, and genocide—have occurred in Cambodia, Darfur, Guatemala, Iraq, Myanmar, Rwanda, South Sudan, and Syria. The United States' response to these actions have been inconsistent, raising questions as to why they acknowledge certain instances of grave violence and ignore others.

Today, as racism, hate speech, violent misogyny, antisemitism, Islamophobia, and all forms of xenophobia are on the rise, what is the United States' role in the prevention of—or response to—grave violence and crimes against humanity?

Join us for a conversation on the United States' response and responsibility to violence beyond our borders.