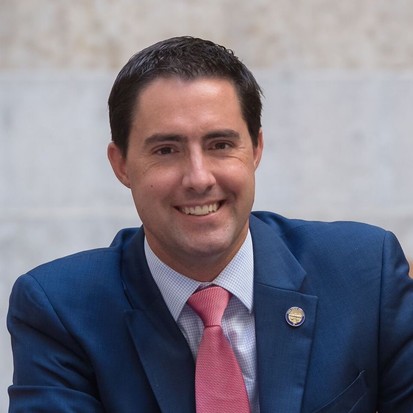 "I encourage people to get involved, become a part of the process, and the best way to do that is to remind people that elections really do matter." – Frank LaRose

Frank LaRose took office as Ohio's Secretary of State on January 14th, 2019. Prior to being elected to statewide office, he served two terms in the State Senate representing the 27th Senate District in northeast Ohio.

As Ohio’s Secretary of State, LaRose is doing his part to deliver a thriving democracy and a prosperous economy. In his role as Ohio’s chief elections officer, he’s working to ensure Ohio’s elections are both secure and accessible. He also supporting Ohio entrepreneurs as the sole authority to receive and approve articles of incorporation for Ohio businesses.

In the legislature, LaRose spearheaded efforts to increase government transparency and efficiency, particularly in the areas of elections administration and regulatory reform.