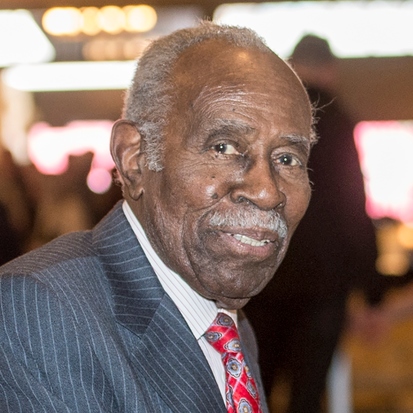 "I opened my practice in Cleveland and I said, yes, we hire colored people -- we hire brown people, yellow people...and it was truly an integrated office." – Robert P. Madison

Robert P. Madison was only six years old when his mother designed his career path: “You must become an architect.” Neither mother nor son could imagine the audacity of a dream that would be fulfilled in 1950 when Madison became Ohio’s first African-American architect.

Overcoming suffocating racism at virtually every turn in both his personal and professional life, Madison’s countless architectural commissions and collaborations literally shaped the landscape of Cleveland and the course of architecture around the world. As either the primary designer or architect of record, major Madison commissions include the first U.S. Embassy in Senegal, the Rock & Roll Hall of Fame, First Energy Stadium, Quicken Loans Arena, and the Stokes addition to the Cleveland Public Library.

As Madison approaches his 96th birthday, the publication of his memoir, Designing Victory, provides a compelling blueprint of his remarkable career, abundant personal life, and tireless community contributions.