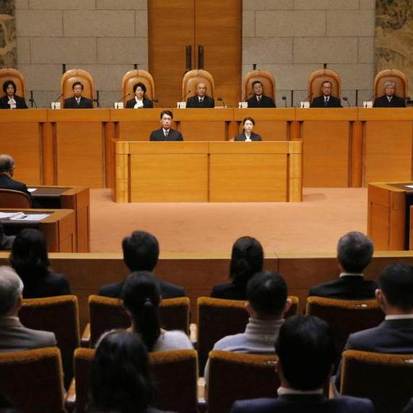 Citizen Participation in the Judicial System in Japan & East Asia

"The conviction rate in Japan is 99.98 percent. It truly is remarkable. Judges indicate this occurs because prosecutor’s only bring cases that they know they can win." – Matthew J. Wilson, J.D.

Systems that incorporate juries into the legal decision-making process can significantly impact a country’s political system, political culture, and society. Bodies of average citizens can function as powerful tools in educating, ensuring justice, and enhancing the judiciary’s credibility. They also provide a valuable civic engagement tool that enables self-governance and facilitates checks on individuals, industry, and government.

As societies face rapid change and related challenges, many nations are searching for potential solutions. Many civic reformers view jury systems both as a partial solution and means of compelling positive political, economic, and social change. In fact, the major players in Asia and several other countries around the world have integrated lay participation into the administration of justice over the past 15 years in an effort to effect change, advance public policy-making, and manifest popular sovereignty. These bold moves stand in stark contrast to other parts of the world where established jury systems have been criticized, attacked, and even face diminished use.

Join us as WCPN's Tony Ganzer talks with University of Akron Professor of Law Matthew J. Wilson on the views on jury systems and lay participation in the administration of justice through the experiences of Japan, South Korea, and other countries in East Asia, including China.