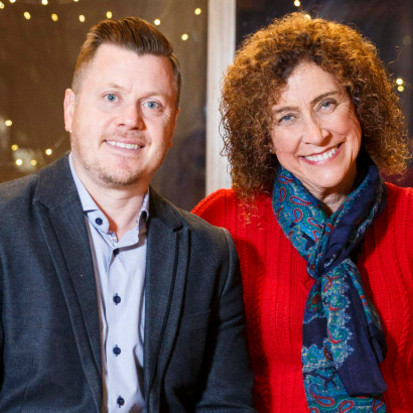 She's Still My Dad: A Parent's Transition and a Son's Redemption

"I think our relationship is different because it has to be...I think we are constantly working on how to be friends." – Jonathan Williams

Paula Stone Williams knew from a young age that she was transgender. But as she became a parent and prominent evangelical pastor, she feared that coming out would mean losing everything. In 2012, she told her family and started living as a woman. She lost all of her jobs and most of her friends — and also discovered the massive differences between life as a male and as a female in America.

Join us as Williams and her son Jonathan share what this transition meant for their family, the meaning of remaining loyal to one’s father even when she is no longer a man, and the ongoing theological evolution surrounding transgender rights and advocacy in the church.