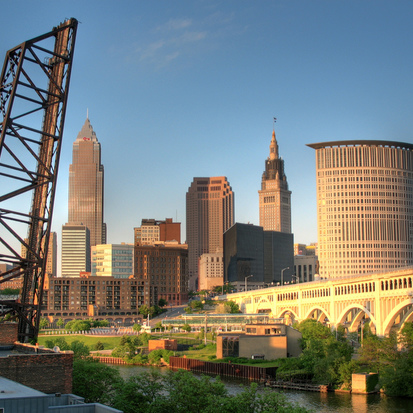 "We try to make sure that everyone feels that our downtown is their downtown." – Elizabeth Weirick

Development along Euclid Avenue between Playhouse Square and Public Square is nearing completion, providing a tangible model for Downtown Cleveland’s future. Known throughout our history as the heart of Downtown, Euclid Avenue has evolved from being home to Millionaires Row, then to a retail and entertainment destination, and finally to a pedestrian and transit oriented economic engine that will be home to more than 6,500 residents by the end of next year. The addition of the Healthline has enhanced Euclid Avenue’s connection between Downtown, Midtown, and University Circle, recognized as the leading example of bus-rapid transit in North America. The $200 million invested in this transit system spurred an estimated $9.5 billion in development Downtown.

Today, construction and development continue along Euclid Avenue, securing Downtown Cleveland’s status as the largest employment hub in Ohio as well as the region’s fastest growing residential neighborhood. With 1,500 apartments slated to open in the next two years, population and jobs will continue to be added Downtown.

Like many mid-sized Midwest central business districts, it can be argued that Downtown Cleveland is on an upward trajectory. How do we maintain the forward momentum? How do we ensure this investment reaches all corners of Downtown and surrounding neighborhoods? And what should leaders be thinking about next in their vision for Downtown Cleveland?

Join us for a conversation with local and national leaders on the unique economic, residential, transportation, and growth issues facing Downtowns in the Midwest.