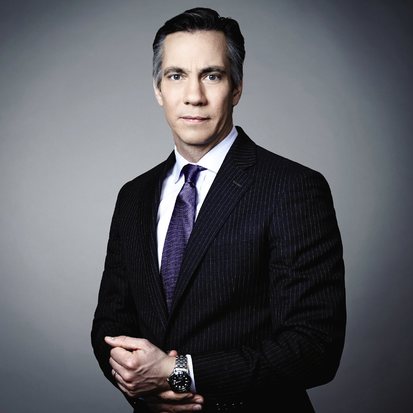 The Shadow War: Inside Russia's and China's Secret Operations to Defeat America

"I felt a duty as an American, to bang the gong if you will, to warn my fellow Americans that something is happening." – Jim Sciutto

Over the last several years, most Americans have been captivated by the ongoing investigation into whether or not Russia helped influence the 2016 presidential election. But, according to journalist and CNN Chief National Security Correspondent Jim Sciutto, this is not a lone instance of an American adversary threatening our democracy.

In his newest book, The Shadow War, Scuitto argues that China and Russia are engaging in a new and disturbing kind of warfare, often unbeknownst to the public, involving everything from satellite weaponry and cyber attacks to disinformation campaigns and industrial espionage — all with the goal of unseating America from its place as a global powerhouse. Will it work? How are we fighting back?

A copy of Mr. Sciutto's book can be purchased in advance and at a discount, bundled with your forum ticket. Books purchased the day of the forum will be sold at the retail price of $27.99 plus tax.